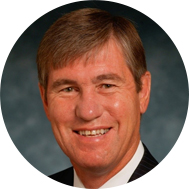 Jean Louis Briaud is the current ASCE President and a Distinguished Professor at Texas A&M University and the Holder of the Spencer J. Buchanan Chair in the Zachry Department of Civil Engineering. His expertise is in foundation engineering and more generally geotechnical engineering.

Over the last 30 years, Dr. Briaud has conducted about 10 million dollars of research most of which was on foundations and retaining walls. He has supervised 50 Ph.D. students and 90 Master students. He is the author of a new book entitled Geotechnical Engineering and one entitled The Pressuremeter; he has published about 300 articles and reports in geotechnical engineering. Among other awards, he has received the ASCE Ralph Peck Award from the USA, the CGS Geoffrey Meyerhof Foundation Engineering Award from Canada, the Honorable Aitalyev Medal from Kazakhstan, and is a member of the National Academy of Natural Sciences in Russia. 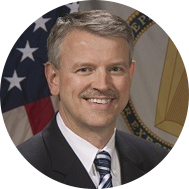 Dr. David W. Pittman became the Director of the U.S. Army Engineer Research and Development Center (ERDC), headquartered in Vicksburg, Mississippi, in March 2017. As Director, he manages one of the most diverse research organizations in the world – seven laboratories located in four states, with more than 2,100 employees, $1.2 billion in facilities, and a $1 billion annual program.

Dr. Pittman is also the Director of Research and Development and Chief Scientist for the U.S. Army Corps of Engineers. In that role, he is responsible for creating policy and performing strategic planning, direction and oversight of R&D for the Corps’ Military and Civil Works programs and for the Warfighter. He advises the Chief of Engineers on matters of science and technology and sets conditions for success in all S&T conducted in the Corps. 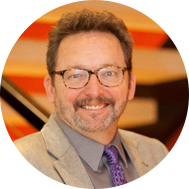 Mr. Mike McMahon has 38 years of experience as a dedicated Scientist and Project Manager. The concentration of his body of work has been focused on understanding and communicating the interactions of the Land-Water-Atmosphere nexus. 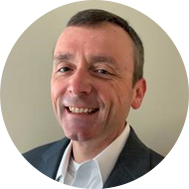 Richard Mickwee is the Dam Safety & Surveillance Supervisor for Southern Company Generation in Alabama. He serves as the Chief Dam Safety Engineer for the fourteen projects in Alabama Power Company’s hydroelectric fleet.

He has 24 years of professional experience in dam safety and geotechnical engineering. Richard joined the Southern Company Hydro Services dam safety team in 2005 and has been the Chief Dam Safety Engineer for Alabama Power Company since 2015.

He graduated from Auburn University in 1997 with a bachelor’s degree in Civil Engineering and has been a registered Professional Engineer since 2002. He lives with his family in Trussville, Alabama near Birmingham. 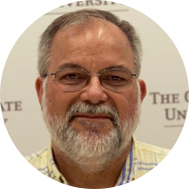 Daniel Pradel is Professor of Practice at The Ohio State University in Geotechnical Engineering. Previously he was Vice-President of Shannon & Wilson in Glendale, California, and an Adjunct Associate Professor in the Department of Civil & Environmental Engineering at UCLA, where he has been teaching since 1988.

He is registered in the State of California as a Geotechnical Engineer and as a Civil Engineer in California, Hawaii, Utah and Nevada. His main areas of professional expertise are in Slope Stability and Geomechanical Numerical Modeling. He has performed numerous reconnaissance visits after major natural hazard events such as Earthquakes, Landslides and Hurricanes.

Since 1982, he has worked on projects located in four continents, including large dams and multibillion transportation projects. He has also designed numerous landslide stabilizations, worked on levees for the US Army Corps of Engineers, and performed numerous geotechnical investigations and designs for residential and commercial buildings.

He is a Fellow of the American Society of Civil Engineers, and a Diplomate of the Academy of Geo-Professionals, an ABET Commissioner, and an Associate Editor of the ASCE Journal of Geotechnical Engineering and Geo-Environmental Engineering. 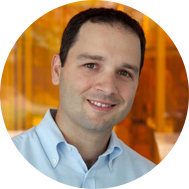 Dimitrios Zekkos, Ph.D, P.E., is an Associate Professor in the Department of Civil and Environmental Engineering at the University of California at Berkeley. Dimitrios is applying multi-sensing approaches enabled by satellites, robots, and on-the-ground deployments to collect data and model the performance of infrastructure systems in response to a range of natural hazards, including earthquakes, monsoons, hurricanes as well as climate change.

Delivering science for extreme events: The USGS role before, during and after disaster strikes 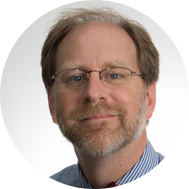 Dave Applegate is the Associate Director for Natural Hazards. In that role, he leads USGS hazards planning and response activities and oversees the Coastal & Marine Geology, Earthquake Hazards, Global Seismographic Network, Geomagnetism, Landslide Hazards, and Volcano Hazards Programs. He co-chairs the interagency Science for Disaster Reduction working group and co-leads the Department of the Interior’s Strategic Sciences Group. Applegate came to the USGS in 2004 as the first Senior Science Advisor for Earthquake and Geologic Hazards.

Prior to joining the USGS, Applegate spent 8 years with the American Geological Institute federation of geoscience societies, where he directed science policy and served as the editor of Geotimes. Applegate has also served with the U.S. Senate Committee on Energy and Natural Resources as the American Geophysical Union's Congressional Science Fellow and as a professional staff member.

Dr. Applegate has a B.S. in geology from Yale University and a Ph.D., also in geology, from the Massachusetts Institute of Technology. 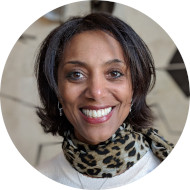 Lauren Alexander Augustine is responsible for overseeing all aspects of management and use of the criminal settlement funds from the Deepwater Horizon disaster that were entrusted with the National Academies by the federal government.

Since her tenure at the National Academies began in 2002, Lauren has gained experience working in a variety of roles on a broad range of topics pertaining to water, natural disasters, and resilience. Prior to joining the Gulf Research Program in 2018, she served as Director of the Resilient America Program, which supports communities’ efforts to build resilience to extreme events using science and diverse stakeholder engagement. In addition, she has formerly served as Country Director for the African Science Academy Development Initiative (ASADI), a decadal program that built scientific capacity in national academies across Africa; as Director of the Disasters Roundtable; and as a study director for the Water Science and Technology Board. Outside of her work at the National Academies, Lauren has served on the World Economic Forum’s Global Agenda Council on Risk and Resilience; was a member of the Advisory Board for the American Geophysical Union’s Thriving Earth Exchange program; and was a juror for two resilience competitions, Rebuild by Design for recovery after Hurricane Sandy and Resilience by Design in San Francisco. She is also a NATO Expert for the Civil Protection Group. 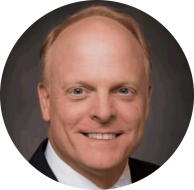 McCarthy has held senior management and executive positions in APM Terminals and CMA-CGM America.
McCarthy obtained a Bachelor of Science from the Maritime College at the State University of New York, a diploma in terminal management at Lloyd’s Maritime Academy at Kent College, Dartford UK, and a Master of Business Administration from William & Mary University, Mason School of Business. He has served as chairman of the board for Consolidated Chassis Management Company and as a member of the board of directors for the Ocean Carrier Equipment and Maintenance Association.
McCarthy and his wife, Heather have three children. They live in Savannah, GA. 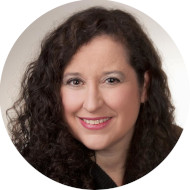 Prof. Debra Laefer earned her doctorate in the area of Geotechnical Engineering from the University of Illinois Urbana-Champaign and previously earned civil engineering degrees from New York University (NYU) and Columbia University. She presently holds the rank of Full Professor at NYU in the Department of Civil and Urban Engineering after teaching at the University College Dublin and North Carolina State University. Over the past 30 years, most of her professional experience and research has focused on large-scale data capture and integration to better protect existing structures and infrastructure from the unintended consequences of subsurface construction and natural hazards. She is the author of over 200 peer-reviewed papers and the vice-chair of ASCE’s Deep Foundations committee and its Underground Engineering and Construction committee. She is the Principal Investigator for the newly awarded National Science Foundation project UNUM: Unification for Underground Resilience Measures. 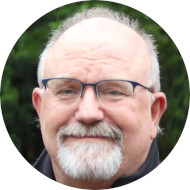 Dan Walker, Ph.D., A.M. ASCE, holds joint positions as the Associate Director of the Center for Technology and Systems Management (within the U. of Maryland’s Department of Civil and Environmental Engineering) and as a Senior Geologist with EA Engineering, Science, and Technology, Inc. (PBC). Dan has been involved with strategic planning and management of state and Federal science and private sector research for nearly 30 years, including extended stints with the National Academies of Science, Engineering, and Medicine (ended as a National Academies Scholar), the White House Office of Science and Technology Policy (ended as Assistant Director for Environment), NOAA’s Climate Program Office (as Branch Chief), and the Computer Sciences Corporation (CSC; as Chief Climate Scientist). Dr. Walker is a founding member of ASCE’s Committee on Adaptation to a Changing Climate (CACC) and chairs its Task Committee on Climate intelligence in Codes and Standards. Dan served as a lead author for the ASCE Manual of Practice 140: Climate Resilient Infrastructure: Adaptive Design and Risk Management (2018) and currently serves on the ASCE Sustainability Technical Working Group and ASTM Subcommittee WK62996: New Guide for Building Resiliency Assessment. A former delegate to the IPCC, Dan is also an active member of the American Geophysical Union, the Geological Society of America, the American Meteorology Society and is currently a chapter author (Coastal Effects) for the 5th National Climate Assessment.

After much consideration, we've made the difficult decision to postpone Geo-Extreme until November 7-10 2021. We take the safety and health of our attendees, staff and community seriously and feel this is the best course of action. Masks and vaccinations required for Geo-Extreme attendance.

Please continue to check this webpage for updates. For the impact of the coronavirus on other ASCE events, please visit www.asce.org/covid-19/.